“Assure Properties has one simple mission; to professionally and efficiently serve the needs of both Landlords and Tenants. By consistently over delivering on our promises, we aim to become one of the most well-respected, trusted and successful agents in the area.” 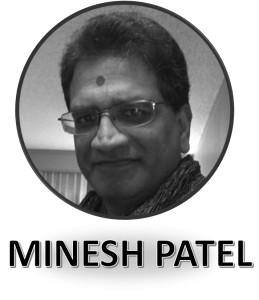 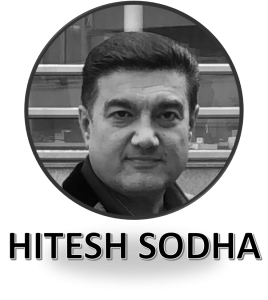 Minesh Patel started his career as an Electrical & Electronic Engineer working for Allen Bradley (now known as Rockwell Automation). He moved to Milton Keynes in 1986 where he joined as Sales and Marketing Executive servicing a wide range of customers in Essex and North London. Having gained extensive technical sales experience he was promoted in 1994 to a Sales Manager role based in Dubai, UAE where he expanded the company’s presence all across the Middle East Region.

In 2000, he decided to work for himself and returned back to Milton Keynes, UK where he invested in a property portfolio which he managed himself as a professional landlord. In time, he started to get friends and family requesting his services to manage their rental properties.

With this demand for his services, in 2006 he formed a partnership with his childhood friend – Hitesh Sodha and formerly launched Assure Properties (UK) Limited as a reputable lettings and property management company based in Milton Keynes.

Due to his technical background, Minesh quickly setup the IT infrastructure for the company and implemented efficient internal processes allowing both partners to focus on offering a caring personalised service for landlords and tenants which has led to a steady growth of the company. Over 90% of new landlords have resulted from recommendations given by existing landlords who have been very pleased with the honest and straightforward ethics that both partners adhere to.

Hitesh Sodha (also known as Ash) grew up in Kenya where he used to operate a very successul fashionable clothing store. Despite being a well established businessman, he wanted to ensure that his family and children were offered good education and better future prospects in the United Kingdom. So in 2005 he left Kenya to settle down in Milton Keynes, UK where initially he started working at John Lewis a sales specialist in the audio/video department on a part-time basis. He soon become their top salesman and consistently exceeded the sales quotas that were expected of him.

Whilst still working part-time at the John Lewis store, he used his spare time to assist Minesh in developing and managing a sizeable property portfolio as a lettings agent. Due to his keen interest in interior design, he quickly developed a wide variety of skills in property development and renovations. He is well known among our existing landlords for his recommendations in choosing the right colours and designs for flooring, tiles and furnishings at reasonable costs.

Due to the growth and high workload requirements at the lettings agency, Hitesh had to leave his part-time work at John Lewis in 2016 and work full-time at Assure Properties. Hitesh works hard to ensure that all services offered to the landlords and tenants at are the highest quality level and completed on a timely basis. This type of work ethic ensures that majority of the rental properties are well mananged and taken good care of during the tenancy.